"The best original anthology of the 1980s" — The Scream Factory

Cimarron Street Books is pleased to announce the release of David J. Schow's groundbreaking cinema horror anthology, Silver Scream! We're thrilled to be bringing the book back into print for the first time in 32 years! 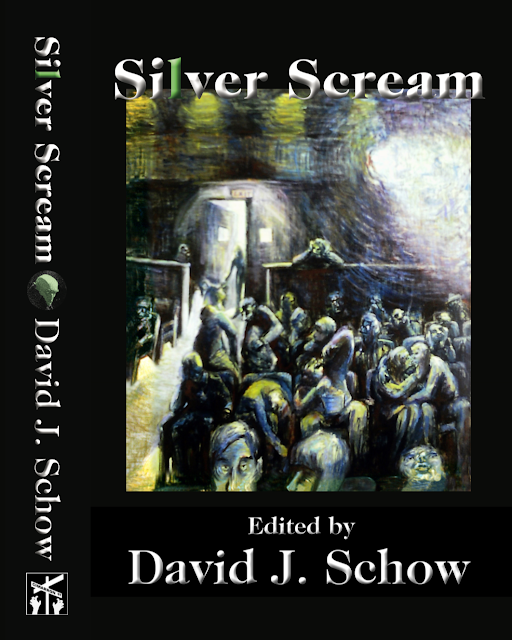 Featuring stories by a veritable who's who of the greatest horror authors of the 80s, including:
Along with an introduction by Tobe Hooper, director of The Texas Chainsaw Massacre!

Cimarron Street Books is thrilled to announce the release of the first in a series of books by award winning author and screenwriter, David J. Schow: WILD HAIRS - winner of the 2001 International Horror Guild Award for Best Nonfiction! 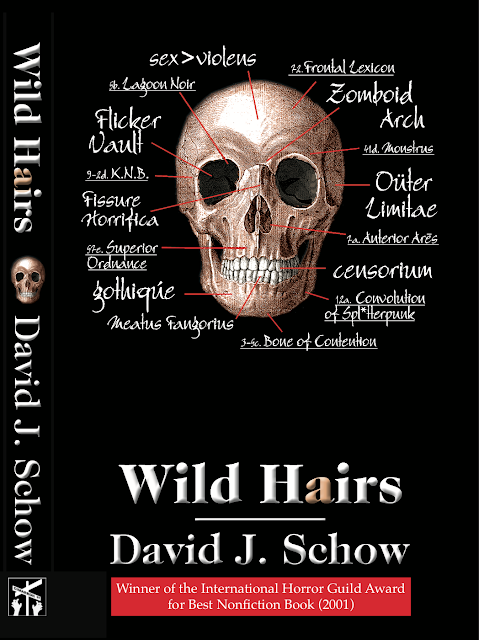 WILD HAIRS is a collection of essays by David J. Schow, drawing from his 40+ year career as an author (THE BIG CRUSH, THE SHAFT) and screenwriter (THE CROW, CREEPSHOW), including his "Raving and Drooling" columns from Fangoria magazine.

Think of it as tough love for your psyche.

Thought you saw the last of bare•bones? Think again! 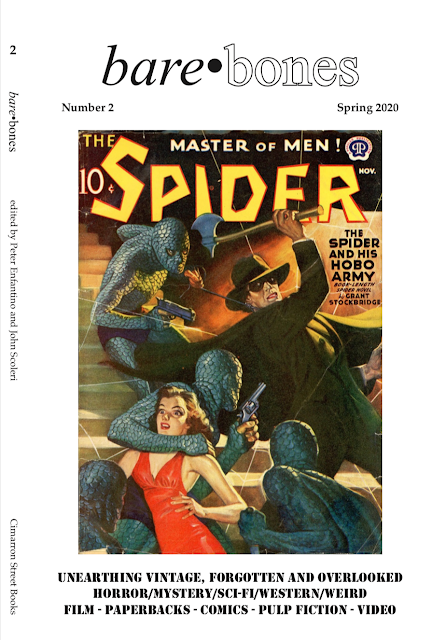 Inside our second issue:
As if that weren't enough, co-editors’ Peter Enfantino and John Scoleri weigh in on:
Order your copy today! 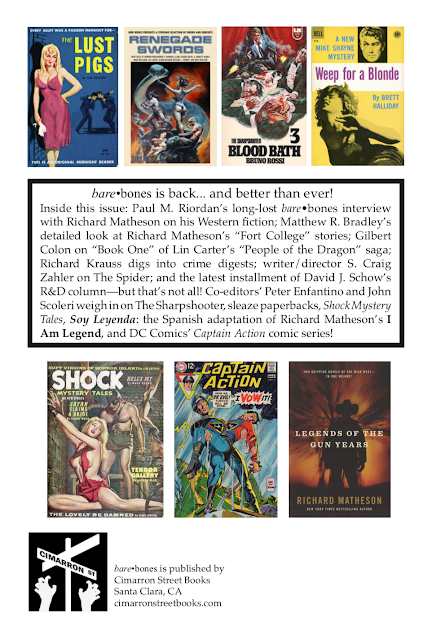 Posted by John Scoleri at 7:20 AM No comments:

The phoenix has risen from the ashes once more! bare•bones is back—and better than ever! 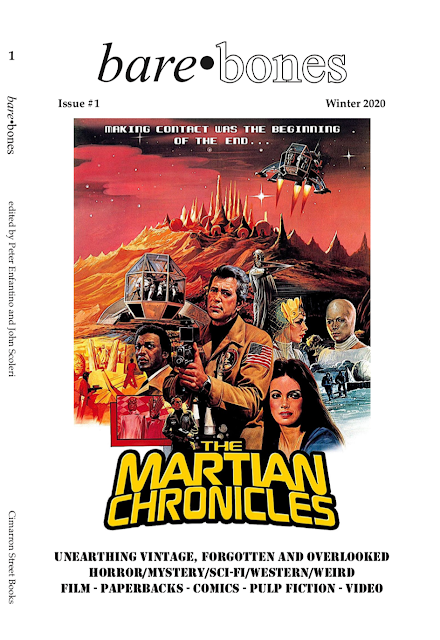 Inside the premiere issue:

And if that weren’t enough, co-editors Peter Enfantino and John Scoleri weigh in on the I Am Legend/Night of the Living Dead connection, classic crime digests, old TV Guides, and sleaze paperbacks of the 60s and 70s! 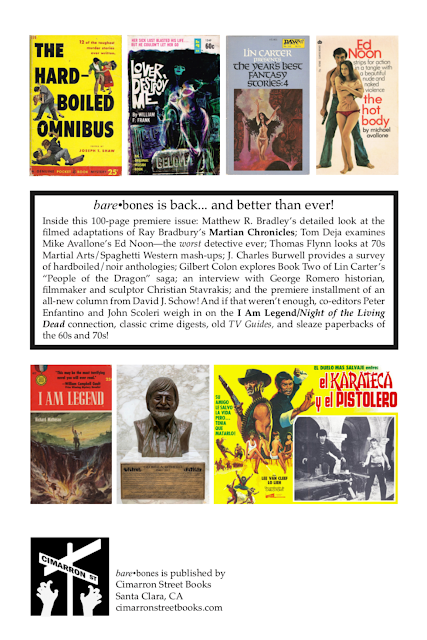 Now shipping: The Best of The Scream Factory 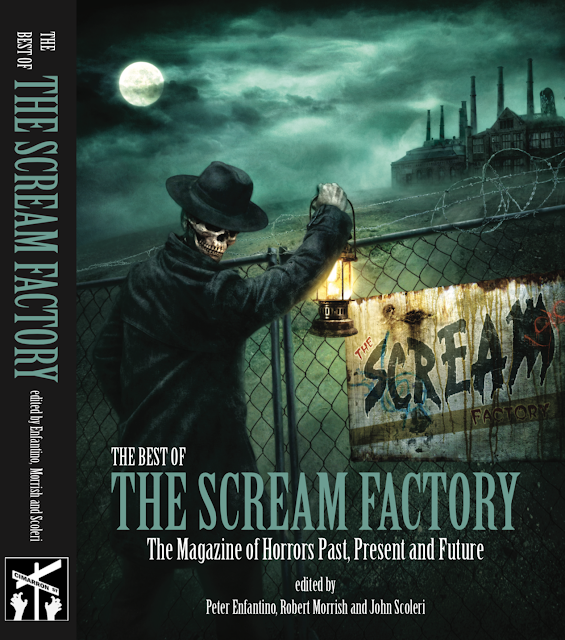 From 1988 to 1997, The Scream Factory provided an exhaustive and often irreverent overview of all aspects of horror—from fiction to film and beyond. It became a go-to reference for horror aficionados around the globe. 20 years after the magazine ceased publication, editors Peter Enfantino, Robert Morrish, and John Scoleri have sifted through the contents of the magazine’s 20-issue run to assemble this 590-page 8.5” x 11” epic collection.

Cimarron Street Books is pleased to present The Best of The Scream Factory, reprinting more than 70 articles from the magazine’s golden age, covering such diverse topics as: the best horror novels of the ‘80s; a viewer’s guide to Godzilla movies; horror in the pulps; the worst in horror; dark suspense fiction; the influence of Night of the Living Dead on fiction and film; horror on old-time radio; sci-fi/horror hybrids; western horror; werewolf fiction; British horror fiction and films; Canadian horrors; and horror in the comics. In addition to the nearly 600-page selection of “greatest hits,” the editors have penned a brand new 25,000 word introduction! 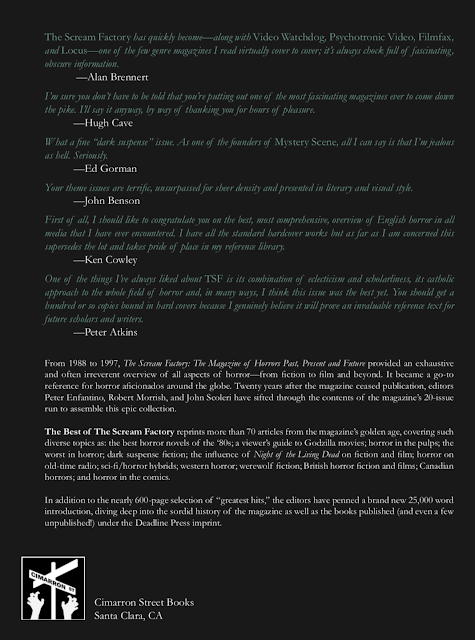 Posted by John Scoleri at 5:22 PM No comments:

Now shipping: bare•bones — the best of — 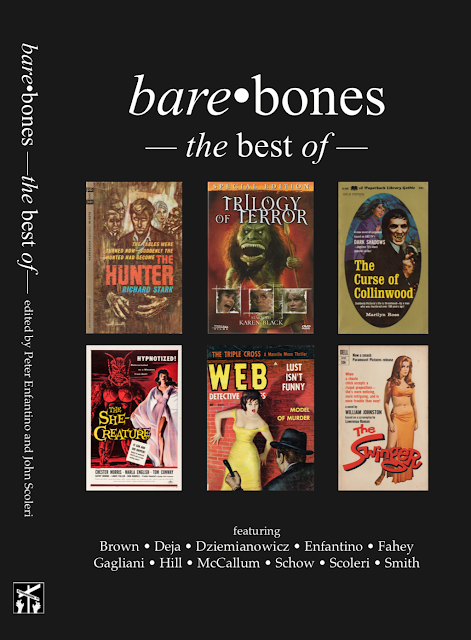 Born from the ashes of The Scream Factory, bare•bones (1997-2001) unearthed some of the best vintage and forgotten paperbacks, films, pulp fiction, television, and video. Edited by Peter Enfantino and John Scoleri, bare•bones — the best of — collects many of the best articles from the magazine’s original run, including:
Order your copy today! 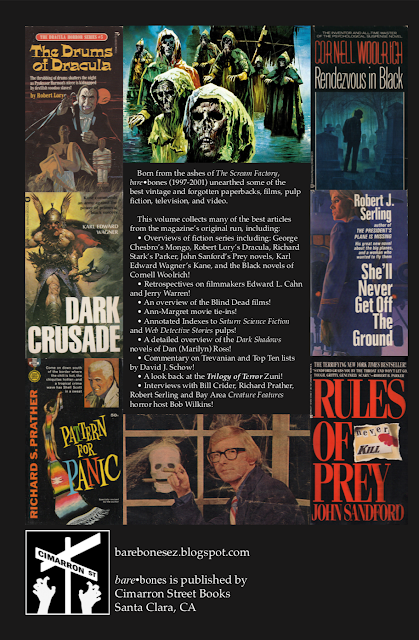 Posted by John Scoleri at 4:56 PM No comments:

From the team who brought you The Scream Factory, bare•bones, A Thriller A Day, We Are Controlling Transmission, It Couldn't Happen Here,  To The Batpoles! and Marvel University...

Posted by John Scoleri at 6:45 AM No comments: 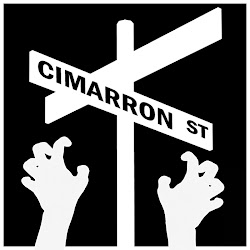 Cimarron Street Books is an Amazon Affiliate. We receive a commission on orders placed via the links on the website.